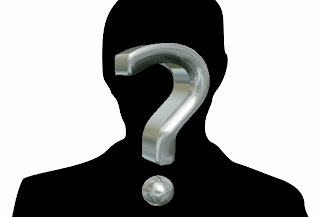 I'm still processing an encounter I had yesterday...

Yesterday, I was getting things ready for our church's pet blessing service. We held it outside so I had to get some tables out and get refreshments ready: cookies, lemonade, dog and cat treats, you know, the usual. I also put a basket of stones out on a table so that people could use them to weigh down their pet photos that they brought of pets that couldn't be there.

As I was walking down the hall I could see a man standing by the tables looking at them curiously. I noticed that he appeared to be talking to someone. I thought, are people coming already? The service isn't for another 45 minutes! But the closer I got to him, I realized that this was one of our many poor that walk our streets. Was he so hungry that he was considering the dog treats for food? So, I decided to go and say hi.

I opened the door, thinking I was going to scare him, but he didn't seem surprised when I walked outside, neither was there anyone else around. He was a Hispanic man around the age of 60, but it was hard to guess his age through his very weathered skin. After we said hello and asked how each other were doing, he motioned to our church and asked, "English?" I told him that it was an English speaking church, having already recognized that his English was not his first language, and then noticed that he was still looking curiously at the tables I put out.

I told him that they were for a pet blessing service that we were holding here. He looked a little confused so I explained what exactly that was. He then seemed to light up and gained interest in what we were doing here. He asked what time it was going to be and when I told him 2pm, he looked up at the sky, the way people do when they are trying to remember something, and said, "I think I will come. Yes, I think I can make it." I said "Great!" He then told me that all he had planned for that afternoon was collecting cans. I wanted to invite him to our Sunday service but for some reason I didn't.

I then remembered that I saw a bag of empty cans in our administrator's office. I asked him if he would like it and he said "Sure!" I went in and got the bag and when I returned to the front door I noticed that he did not enter the church but waited on the doorstep. Most people would have entered. Any other time I would have invited someone in. For some reason I didn't. He thanked me for the cans and as he added them to his collection he mentioned how they were special because they came from the church. I nodded in agreement because that was the only response I could muster.

He looked puzzled by the basket of stones so I explained what they were for. He then asked if he could have one. I said "Sure!" He said, "Thank you. I know they are just stones, but they are special because they are from the church." I nodded in agreement because that was the only response that I could muster. I am realizing now that this was the only thing he asked me for, not food, not money, not a prayer, just a stone.

At that point I realized that I had forgotten my manners and never introduced myself. I put my hand out and said, "I'm the pastor here, my name is Ron." With some excitement and surprise he said "You are?!" I was wearing my collar. Before he extended his own hand, he stopped and wiped it, several times, on his shirt and pants. He clearly was not expecting a handshake, but it also seemed that he wanted to make sure his hands were as clean as possible before we shook. After he got done wiping them, he started to extend his hand and then stopped for a brief moment.

I have no idea why.

And then he extended his hand, looking me square in the eye as he did so and said,

We spoke for a few minutes more, it was clear that he wanted conversation. Each time I thought the conversation was wrapping up, he would think of something else to say. In my mind I was thinking of all the things I still had to do. We said our final good-bye and he walked away with his bag of cans over his shoulder and his sharpened stick that he used to pick up the items that he collected on the streets dangling in his other hand. I immediately walked back into the church, went straight to the bathroom, and washed my hand.

Does Christ need an invitation to come to our church? To our worship? Does Christ want one?

If we were to encounter Christ today, would we want to wash our hand afterward?

If I met Christ today, would Christ recognize me as a pastor of the church? Would Christ even acknowledge it?

What would Christ ask of us? Would it be something unexpected, like a stone?

What "stones" do we take for granted, that may be priceless to others?

When are we too busy for conversations with Christ, and what are we doing instead?

Would we recognize Christ if we met him face to face, eye to eye?

Jesús never returned to the pet blessing service. Several times throughout the service I craned my neck to see if he had returned, thinking maybe he was on the outskirts of our small crowd. He was not.

He did not return.

And I so desperately wanted him to.